There are spread opinions on whether you should use straps when doing pull-ups or not. Some people say that you shouldn’t use straps for any exercises, while others say that it’s a great idea. So, how is it really?

Should you use straps when doing pull-ups? The answer to this question is that it depends on your goals. If you’re goal is to simply build up your physical appearance then using straps is a great idea. If however your goal is to be athletic and strong then losing the straps might be more favourable.

Truthfully, even within the context of the two goals of training for physical appearance or athletics it still depends if you should use straps for pull-ups. In this post I’m going to clear out any confusion about using straps, when it might be a good idea to use them and when it might not, and also give you some guidenance on how to use straps when doing pull-ups.

First of all… What are Lifting Straps? 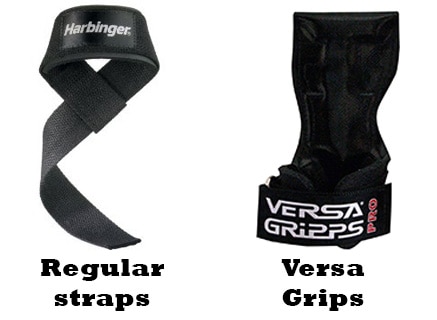 Just in case there’s anyone reading this who isn’t familiar with straps, they’re a tool used to help you hold the weight in your hands. You loop one end around your wrists, and wrap the other end around the pull-up bar, barbell, dumbbells, or whatever else you’re training with, and by doing so basically attaching the weight to your wrists/hands.

Using straps improves your grip on the weight you’re holding which helps prevent it from sliding out of your hands. The reason the weights might slide out of your hands is usually because of a lack of grip strength, having smaller hands, sweating, bad knurling on the handles, or that your grip fatigues as you near the later part of a set.

Weight lifting straps help prevent the weight sliding out of your grip, and there’s no debating their effectiveness in this regard. Instead, the debate is over whether you should actually use them in the first place, so let’s look at that.

Should you use Straps When Doing Pull-ups?

To answer this question, we must first put it in the right context.

If your goal is to purely build physical appearance

If your main focus is to build a lean and muscular looking physique and you don’t care too much about being able to perform an exercise where grip strength is part of the equation, such as in a CrossFit or Athletic Fitness competition (where straps are not allowed), then straps might not be that important.

In fact, if you’re not using straps and grip strength is the thing limiting your ability to do more reps or use more weight on a set of pull-ups, then your back, biceps and rear delts (muscles trained in the pull-up) will get less training than what they would if you were using straps. This will lead to you leaving gains on the table since your training are going to be limited by your grip strength.

So, if your goal is to build a lean and muscular looking physique and you don’t care about grip strength that much, then don’t be afraid of using straps. In fact, doing heavy weighted pull-ups is hands down the best exercise for building a wide and thick looking back.

I built this back by building up to a strong pull-up, where I’m able to do 3 sets of 5 reps with 65 lbs attached to the belt: 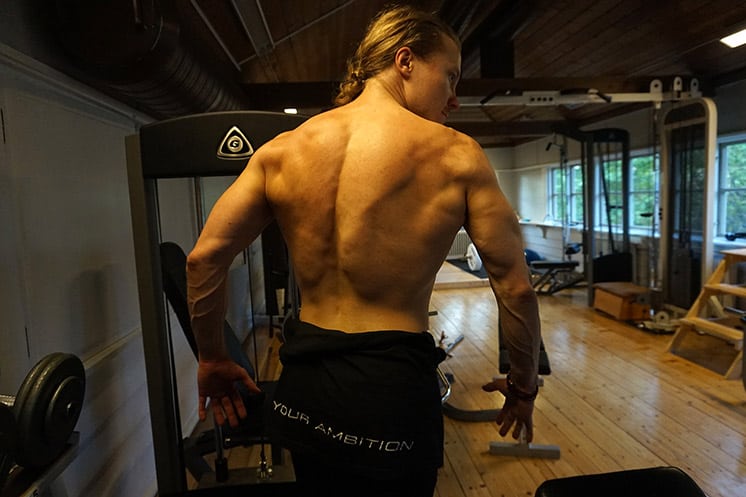 I’m certain I wouldn’t be able to reach this weight on pull-ups without using straps, at least not in the same time frame.

If I train pull-ups without straps won’t my forearms adapt?

This is a possibility, if you train without straps for long enough your forearms will usually adapt and be able to handle the same volume and weights as your upper body. However, there’s still some concerns here.

Second, if you ever happen to train pull-ups on a bar that has bad knurling you’re in for some serious trouble. Even the guy with the strongest grip is going to be limited on a bar with bad knurling.

But, what about forearm development?

The fact that you’re using straps won’t set your forearm muscular development back by much. You forearms are mainly made up of type 1 muscle fibers which have a very low potential for growth. I would rather be sure that my whole upper body gets developed completely than what I would adding an inch to my forearm circumference in a lifetime of training.

If you don’t want to miss out on your forearm training, then I recommend doing isoaltion exercises for forearms, such as dumbbell or barbell wrist curls etc.

If your goal is to be athletic and strong for competition

Now, you can be athletic and strong even when using straps. In fact, my record is 22 strict bodyweight pull-ups using straps, but I only manage around 17-18 without.

In my opinion, the only real reason for not using straps even if your goal is to get athletic and strong is if you’re going to compete in sports such as CrossFit, Athletic fitness, Fitness 5 or Calisthenics, where you’ll do a lot pull-ups but aren’t allowed to use straps. Then obviously training without straps is going to be neccesary.

If you’re grip strength is way behind your true potential when in a competition like this, then you won’t do well.

So, my recommendation is to always use straps when doing pull-ups, unless of course you’re looking to compete in a sport where straps are not allowed.

How to use Straps When Doing Pull-ups

What are the Best Lifting Straps?

The best lifting straps in my opinion, and the ones I use are the Versa Grip PRO Authentic and they look like this: 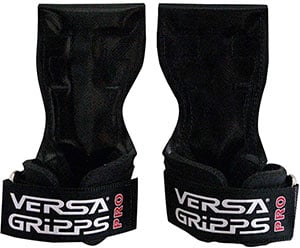 They are so simple to use and very durable. Regular straps (like the ones in the video above) holds for around 2 years depending on how much and heavy you lift. The Versa Grips is said to hold for 10+ years.

But perhaps the biggest benefit of the Versa Grips is that they have built-in arch support which both protects against carpal tunnel and nerve damage in your hands while promoting healthy blood circulation to your hands and wrists. Sure the Versa Grips are a bit on the expensive side, but I like them and definitely feel that they’re worth the investment.

If you’re interested in the Versa Grips you can check them out on Amazon here.

My name is Niklas Lampi and I work as a fitness writer, nutritional consultant and personal trainer. My favourite exercise is the bench press and my favourite food is pizza!

2 thoughts on “Should I Use Straps For Pull-Ups?”

If you are serious about gaining muscles, you must consider muscle milk. It is endorsed by so many athletes and has an excellent reputation. To become one of the best-selling protein shakes on the...

Continue Reading
link to Does Tramadol Go Bad? (Must Read)

Tramadol is a synthetic opioid compared to natural opioids such as codeine or morphine. Tramadol is a valuable pain blocker and has become the most prescribed medication in the US. However, Tramadol...

In 2014 at the age of 23 I officially began my fitness journey after many years of struggling with a depression. I will forever be grateful for fitness as it helped me transform not only my body but my mind to become a more confident man who has the courage to go after what he want's in life. I'm now on a mission to help people make the same transformation that I've been fortunate to undergo!

This site is owned and operated by Niklas Lampi. Ironbuiltfitness.com is a participant in various affiliate advertising program such as Kinobody, Think Eat Lift and Amazon Services LLC Associates Program. These programs are designed to provide a means for sites to earn advertising fees by advertising and linking to them. This site also participates in other affiliate programs and is compensated for referring traffic and business to these companies.